Villanova: There are always emotions running high for the Senior players playing their final home game & this was more special as Villanova coach Harry Perretta would coach his final home game of his 42 years as Villanova Wildcats took on DePaul Blue Demons from Finneran Pavilion on the campus of Villanova University.

After seeing how the first half went, could the Wildcats pull the upset and send out the senior players and also Harry Perretta in his final game. The Wildcats would be in Full control as a crowd of 2,421 would see the Wildcats take down number 12 DePaul 76-58

There were a couple milestones that were hit in the game

Congratulations to Maddy Siegrist who set the record today for most points in a single season by a Villanova freshman! pic.twitter.com/Cu2TEuf0uI

What a way to send off a legend!

In @VUCoachPerretta’s final regular season home game, @novawbb gets a triple-double from Cameron Onken, 29 and 13 from Maddy Siegrist and knocks off No. 12 DePaul!#GoNova // #BIGEASTwbb pic.twitter.com/zmanS71Tru

Following the game, Villanova would honor Harry Perretta for his 42 years of coaching at Villanova 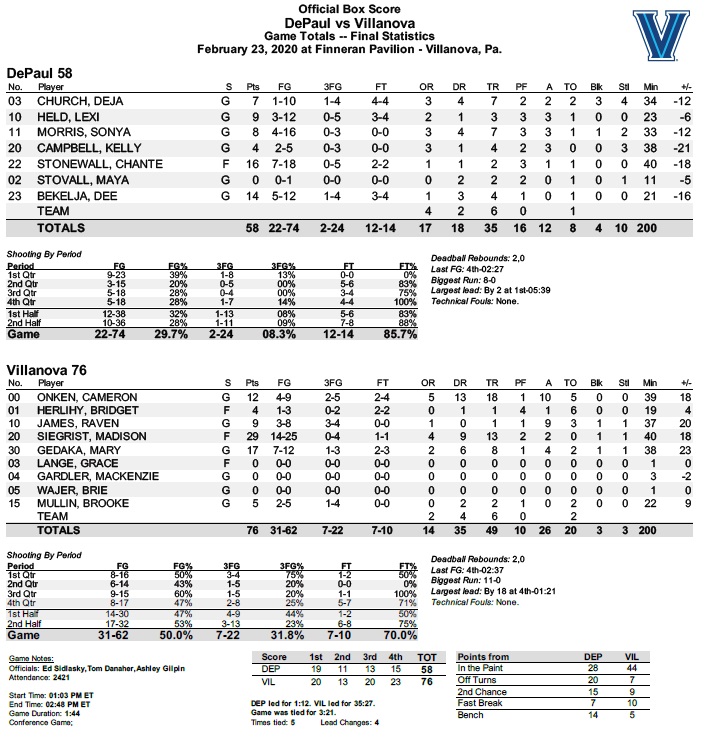 Postgame, Perretta was asked how it feels to upset number 12 DePaul in his final game as coach