Brooklyn NY: With the series tied at 1-1, the series now heads to the Barclays Center in Brooklyn New York on Thursday night for game 3 as the 76ers took on the Nets.

Below are some takeaways from the game

Embiid was a NO GO:

Coming into the game, Sixers Center Joel Embiid was questionable and then after warm ups it was announced he would not play & Brett Brown would have Greg Monroe start the game instead of Boban Marjanović.

Joel Embiid will not play

Joel Embiid is out with left knee soreness. Greg Monroe to start

Ben Simmons had a night he would remember:

Simmons with a monster throw down to end the first half

Put this Ben Simmons putback slam and stare down on repeat.

He comes through after a miss from Redick to slam it down with authority. Sixers up at the break. pic.twitter.com/S98KojZ3cy

Ben Simmons with Slam off missed shot to end the 1st Half, Reaction from @XfinityLive#Sixers #PHIvsBKN #NBAPlayoffs #HereTheyCome #PhilaUnite pic.twitter.com/Ky1OCpsiqa

Simmons would have a Flying dunk in 4th

Simmons fakes the dribble hand-off and takes flight for the stuff! #NBAPlayoffs#PhilaUnite 123#WeGoHard 110

3:03 to play on @NBAonTNT pic.twitter.com/5yHOHqYmAt

A huge night for Tobias Harris:

Harris is lighting it up from beyond and the bench approves. pic.twitter.com/tdUkENlbvS

.@sixers @tobias31's 13 rebounds are the most he's collected in a game this season, regular or postseason.

Boban Marjanović had it going: 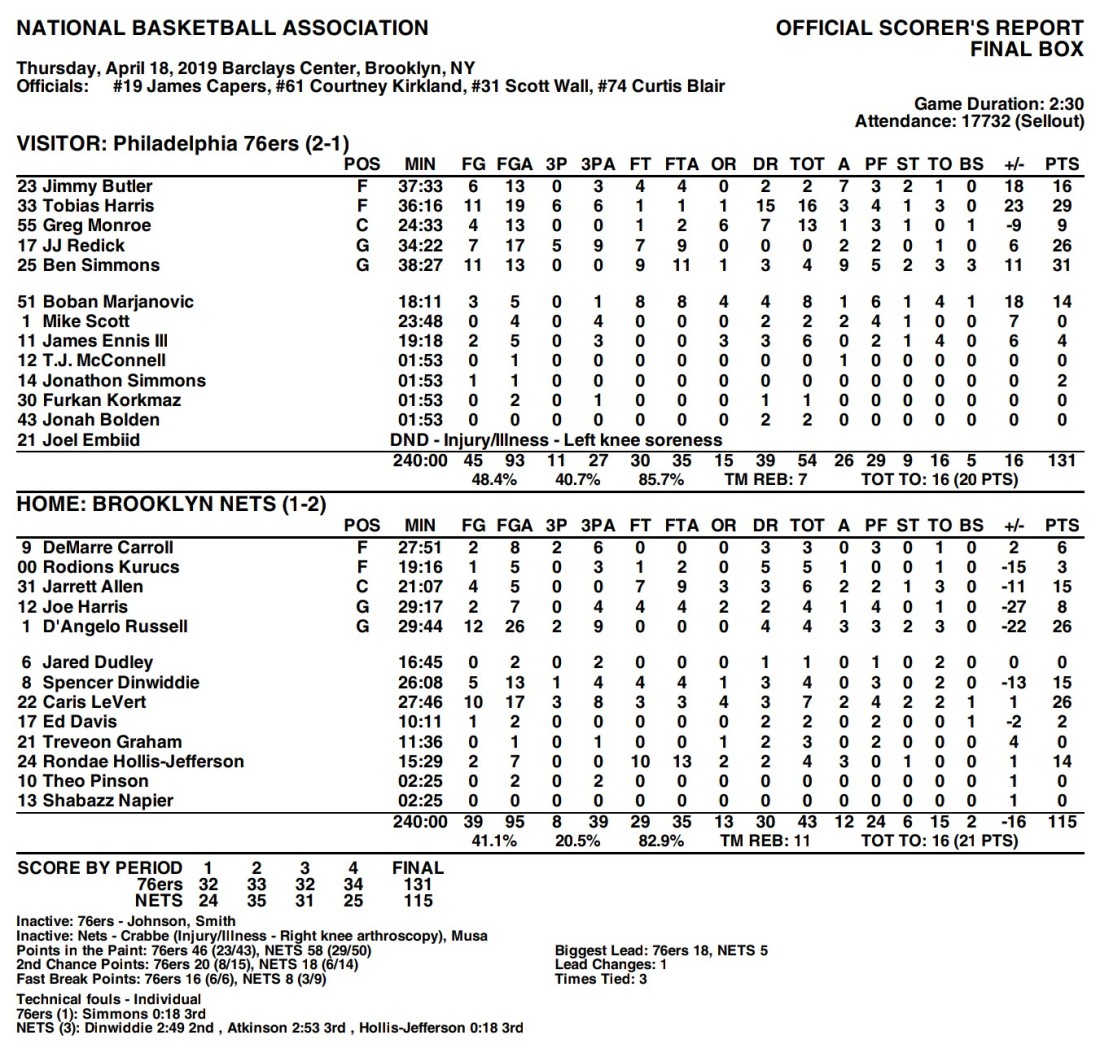 with the Sixers leading the series 2-1, Game 4 will be on Saturday at 3 p.m. on TNT and NBC Sports Philadelphia.