Philadelphia: The battle keeps going on to take down COVID19 & try to get things back to normal, the Vaccine has been made available to everyone

The new battle of COVID19 is the new Delta variant that is causing a lot of problems and now everyone i reacting to it and deciding is it time to shut things back down to keep everyone safe.

On Tuesday, the City of Philadelphia would hold press event to update on where the city stands on the fight of COVID19.

Back on July 22, the City of Philadelphia would issues new recommendations against COVID Delta Variant and it would include Mask wearing for indoors 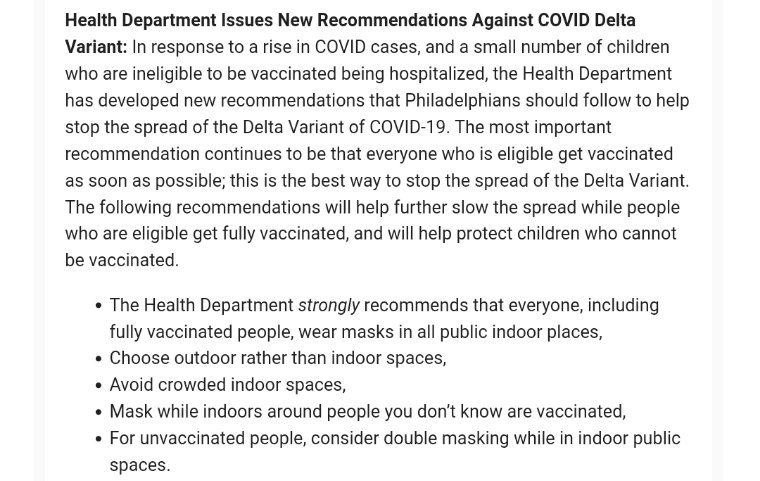 With these recommendations, what does that do with sports as the Philadelphia Phillies still have games going on at Citizens Bank Park & the Philadelphia Eagles are about to begin their preseason games at Lincoln Financial Field

Acting Health Commissioner, Dr. Cheryl Bettigole would say the following if they are considering mask mandate for outdoors sports

Stay Tuned as this is a developing story as the fight keeps going to defeat COVID19 & attempt to get things back to normal in the City of Philadelphia.