Arlington TX: As we know each week during the NFL season there’s always drama and will come down to the final weeks of the season and the Philadelphia Eagles are still alive for the NFC East as they took on the Dallas Cowboys from AT&T stadium in Arlington Texas

Miles Sanders takes it in for the @Eagles! #FlyEaglesFly 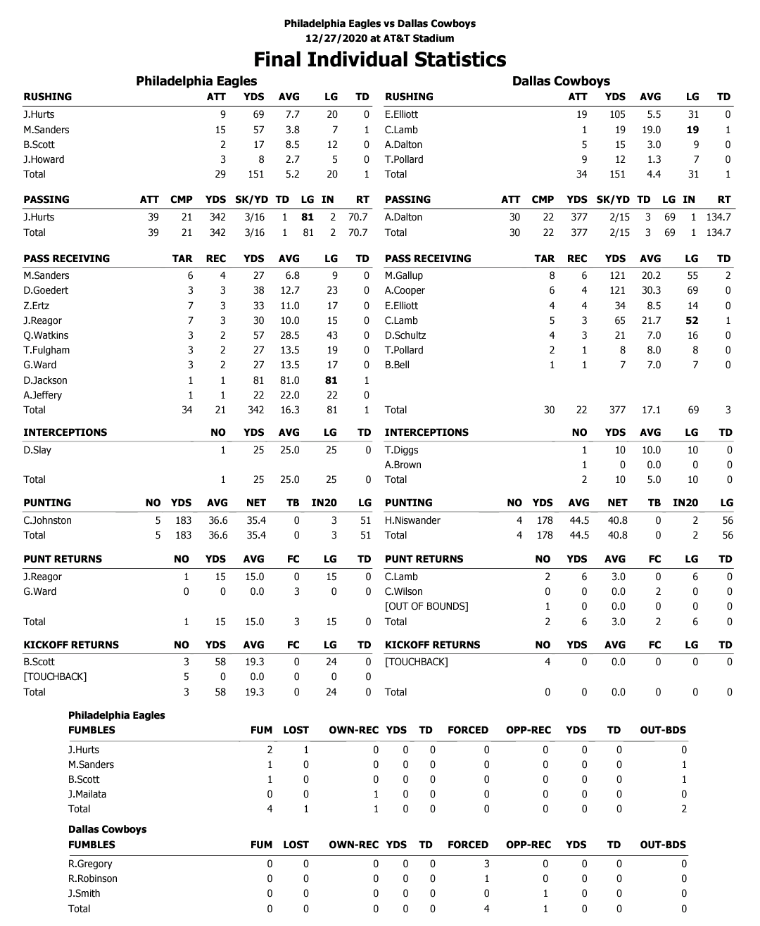 the Eagles will now take on the Washington football team to end the regular season on January 3rd, the NFL would have announced that the Eagles Washington game would be flexed to NBC Sunday night football

.@WashingtonNFL know a win puts them in the playoffs.

The @Eagles want to stop them.