Philadelphia: as we know during any season there’s going to be a lot of ups and downs and teams trying to figure out if they have what it takes to be competitive during the season well this NFL season has a lot of questions that need to be asked.

Following the Cowboys embarrassing loss to the Arizona Cardinals on Monday Night Football, game analyst Luis Riddick was asked who he thinks would take the NFC East as right now the NFC East is one of the worst divisions in the league

The current standings in the NFC East following week six 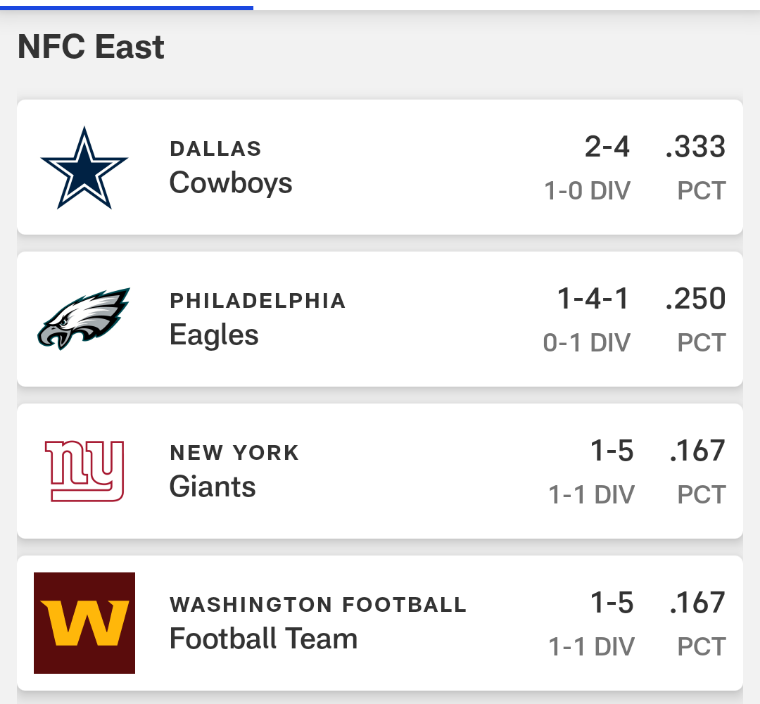