Philadelphia: During any offseason going into a new season they’re alive people come out make they’re honest there are people that come out and give their predictions and thoughts on what teams will be good this year compared to last year and who could potentially make the playoffs

On SportsCenter with @notthefakeSVP, analyst Booger McFarland beloved the #Eagles to have a down year & Miss the playoffs pic.twitter.com/665bQ5vyyh

The Eagles won the NFC East last year with a record of 9-7 by winning the last four games of the regular season including beating the Dallas Cowboys in week 16 at Lincoln Financial Field.

Following the NFL draft a lot of people are predicting the Dallas Cowboys to win the NFC East based off the draft they had while others are saying that the Philadelphia Eagles had a terrible draft and also did not do a good job and getting Carson Wentz the necessary weapons needed on the offensive side of the ball.

We’ll soon find out when the Eagles play the Dallas Cowboys in week 8 in Philadelphia on Sunday Night Football & then in week 16 in Dallas as the week 16 game could come down for the NFC East just like it did in 2019. 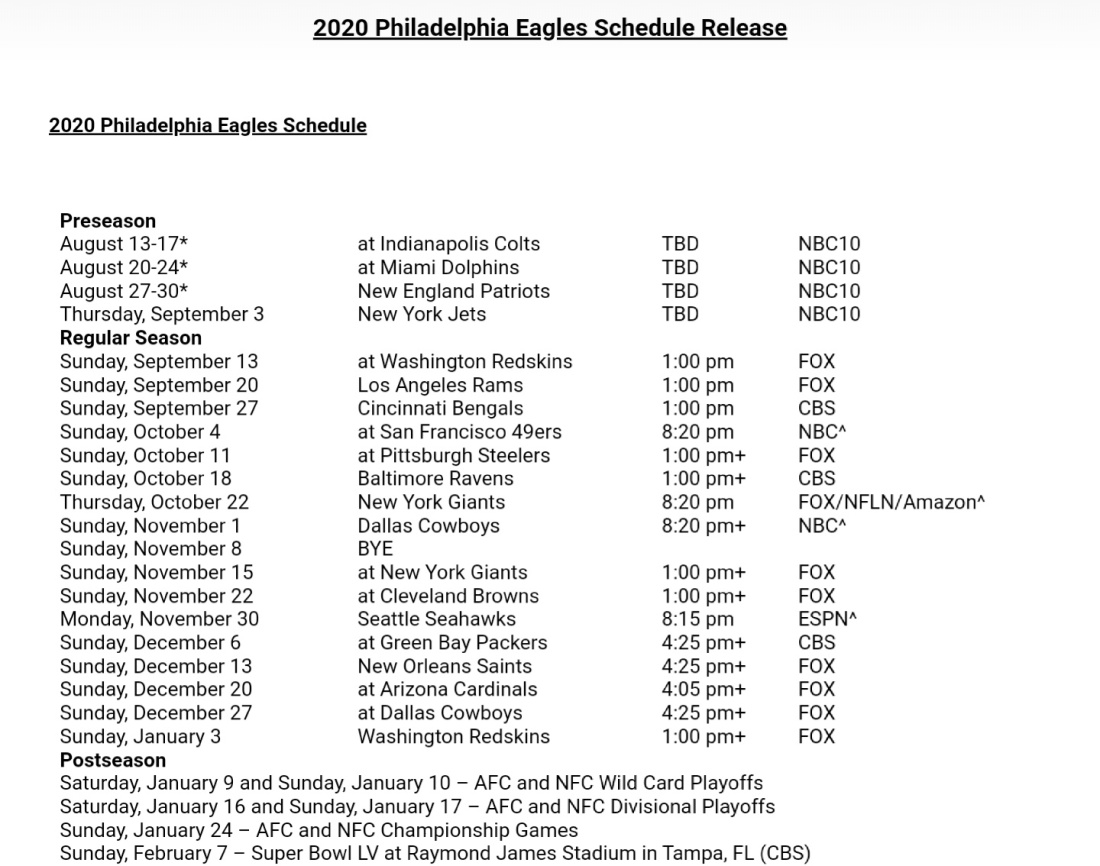