Philadelphia: During any playoff series, you do see a lot of ups and downs and great drama and that is what you see as you make the conference finals.

Let’s go to May 20, 2004, as the Philadelphia Flyers took on the Tampa Bay Lightning in Game 6 of the Eastern Conference Finals from the Wachovia Center in South Philadelphia. The Lightning leads the series 3-2.

This game had a lot of back and forth and both goalies would make big saves, the lightning were looking to end the series but the Flyers were not ready for the season to come to an end.

Late in the 3rd period with the Lighting leading 4-3 and Flyers would show the fight that the city of Philadelphia is known for as Keith Primeau ties the game.

In overtime, the lighting did the best to end the game but all the momentum was with the Flyers as Simon Gagne put home to overtime winner to even the series at 3-3 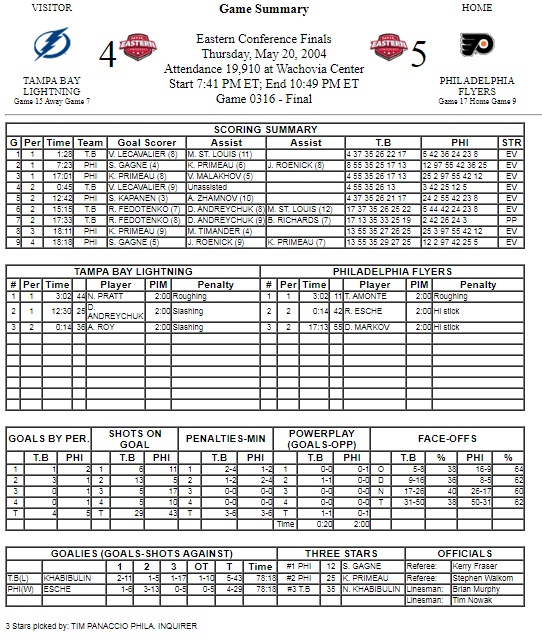 With this win, The Flyers would feel good going to Game 7 back in Tampa Bay for a trip to the Stanley Cup Finals but it would not be as the Lightning would take Game 7 and in the process end this magical run by the Flyers.