Philadelphia: One of the Marquee games in the NFL came to Lincoln Financial Field as the Philadelphia Eagles took on the Dallas Cowboys to determine who will have control of the NFC East.

The Eagles beat the Cowboys 17-9, some things that stood out in the game.

This game today would determine how Eagles QB Carson Wentz handled the big stage and prove that he is the franchise QB.

Huge 1st down for #Eagles on 3rd down #DALvsPHI pic.twitter.com/eCafN8dM0A

Early on his rookie season miles Sanders would have some big plays and got the offence going. Sanders would also score touchdown in 3rd quarter

Miles Sanders extends our lead with a touchdown!#DALvsPHI | #FlyEaglesFly pic.twitter.com/yQqRVdXBZ6

Late in the 4th quarter with Eagles leading 17-9, Cowboys drive down but the Defense made the stop on 4th down

Happy Eagles fans after the game:

Time to celebrate as the Eagles beat Cowboys

Time to Celebrate and what a way to start off #Christmas with #Eagles beating the Cowboys #DALvsPHI pic.twitter.com/Bt7We9liiT

With the win, the Eagles are 8-7 and now have control of the NFC East.The NFL would announce after the game that next week game would get Flexed to 4:25 PM 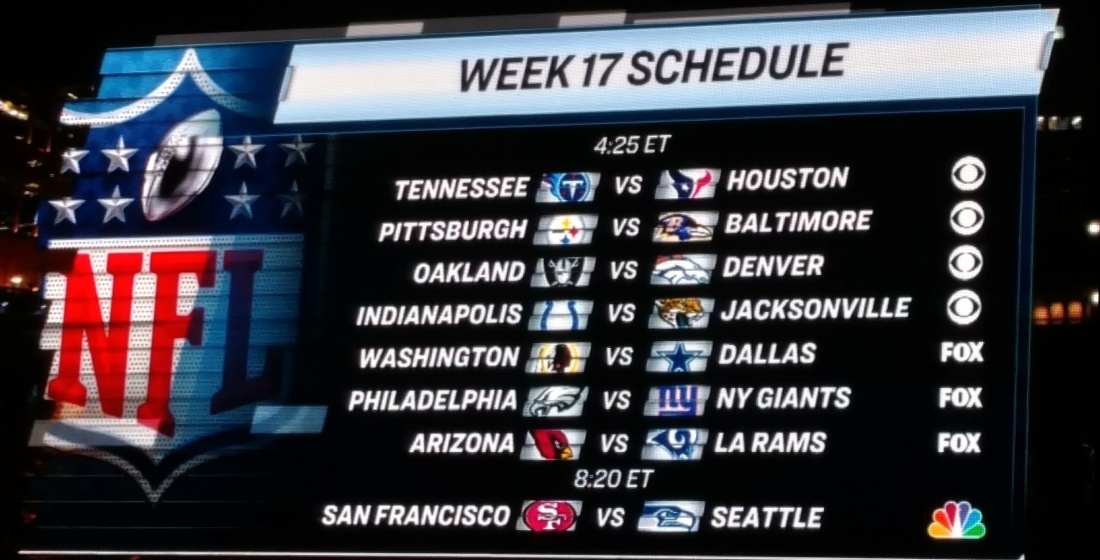 It goes like this, the Eagles can clinch the NFC East with a win or a Cowboys loss to Redskins.