Landover MD: The push for the NFL playoffs is now reaching its boiling point and the Philadelphia Eagles are starting to feel the pressure as they took on the Washington Redskins on Sunday afternoon from FedEx Field.

The Eagles would come from behind to beat the Redskins 37-27. Here are some thoughts on the game.

In the third Quarter, Carson Wentz made one of the most amazing throws you would see as he would connect to Miles Sanders for the touchdown through two defenders

Carson Wentz extends his streak of consecutive games with a passing TD to 17, marking the longest active streak in the @NFL.@Eagles lead, 17-14.#FlyEaglesFly

Late in the fourth quarter with the Redskins leading 27-24, the Eagles would drive down and Carson Wentz will it connect with Greg Ward for the touchdown which would give the Eagles to lead & also the first career receiving touchdown for Greg Ward

The @Eagles take the lead with 26 seconds left! #PHIvsWAS #FlyEaglesFly

Miles Sanders (currently 1,011) has surpassed DeSean Jackson in 2008 (1,008) for the most scrimmage yards in @Eagles rookie history. #FlyEaglesFly 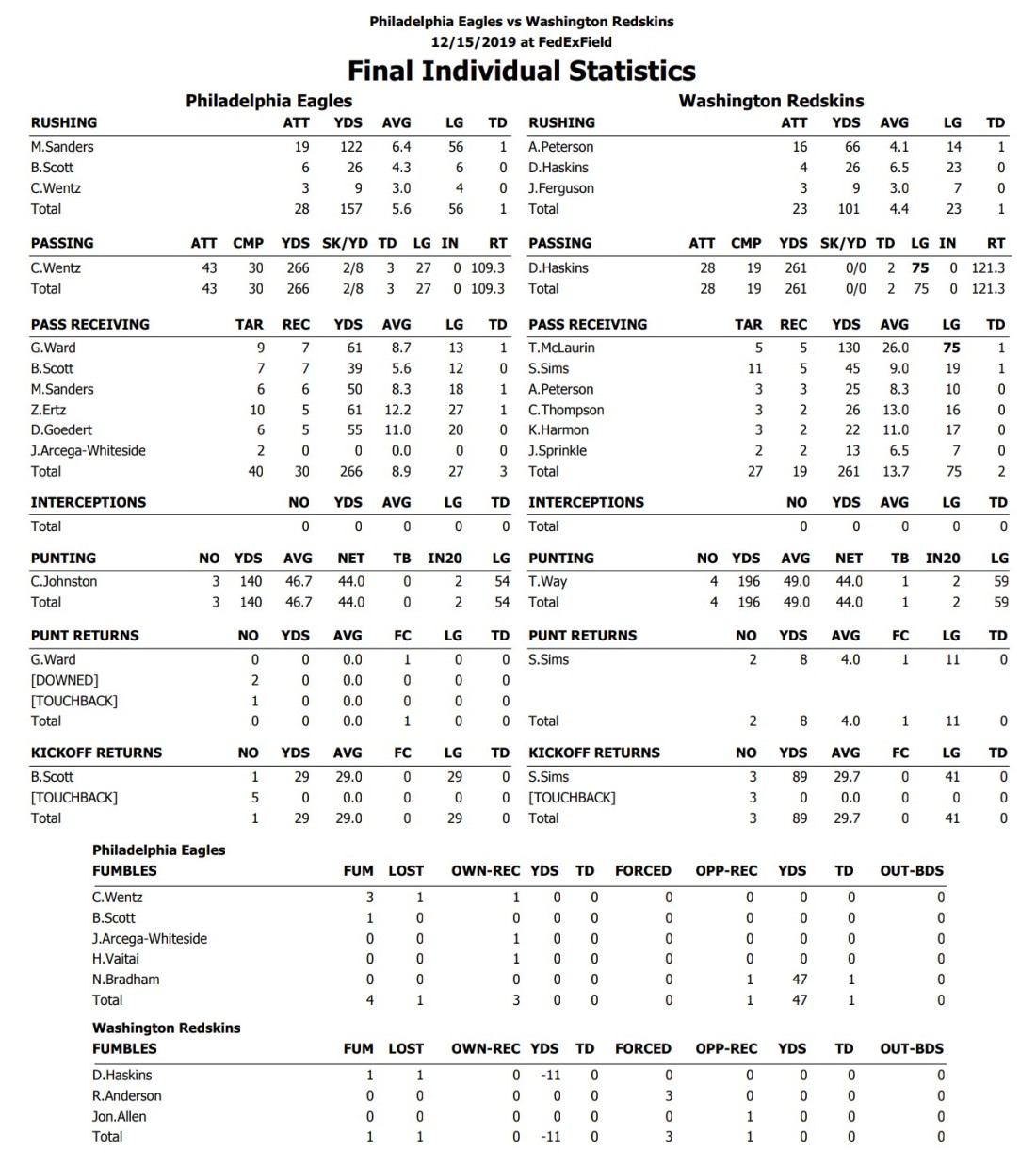 With the win, the Eagles are now 7-7 on the season and now will we’ll head in the battle against the Dallas Cowboys next week at Lincoln Financial Field at 4:25 PM on FOX, the winner of next week will have a strangle hold on the NFC East.