Miami FL: As we open the month of December things in the NFL are starting to get very interesting as teams fight their way to a playoff spot. on Sunday morning, Eagles fans would get some news that they’ve been waiting to hear as they begin their push to the playoffs.

The #Eagles removed both WRs Alshon Jeffery and Nelson Agholor from the injury report and they’ll play today. For TE Zach Ertz (hamstring), he’s pushing to play as well, and even with TE Joshua Perkins coming off the practice squad, it looks like it’s going to happen.

Zach Ertz was listed as questionable for the game with hamstring injury. 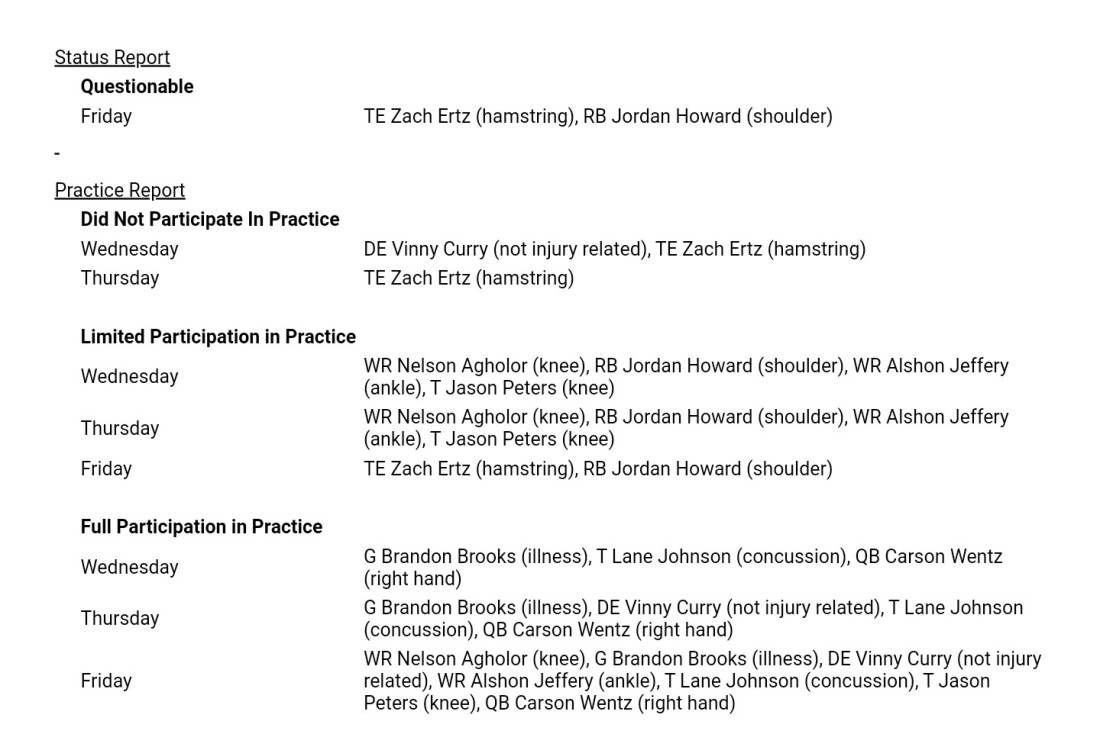 Coach Doug Pederson was asked about Zach Ertz on Friday

“Zach is doing fine. We’re going to get him on the grass today to run and see where he’s at. Go through practice a little bit and then find out at the end of the day. Just wanted to kind of keep cautious with him, keep him rested and keep him ready to go.”

Nelson Agholor missed the game against the Seahawks due to knee injury.

Alshon Jeffrey has missed the last two games due to ankle injury.

“They’re both doing well and trending in the right direction. We’ll get through today; see where they’re at today and hopefully get them to the game.”

The Eagles take on the Miami Dolphins today at 1PM on FOX from Hard Rock Stadium in Miami Florida.

The Eagles have won the last two battles against the Miami Dolphins in Miami.

The all time results between the Eagles & Dolphins 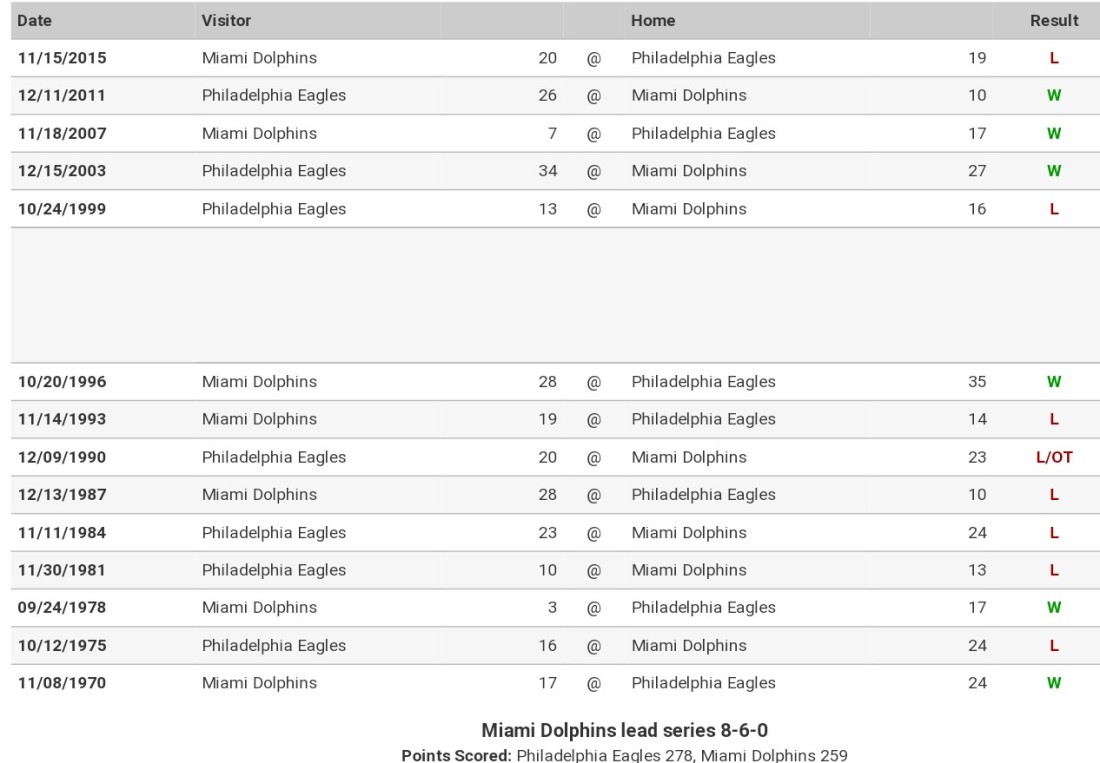 To talk about Eagles vs Dolphins on social media, Use hashtag #PHIvsMIA