Philadelphia: After ending their losing streak on Sunday night, The Sixers looked to get back to their winning ways as they took on the Cleveland Cavaliers from the Wells Fargo Center in South Philadelphia on Tuesday night.

Ben Simmons and Shake Milton are available tonight. Trey Burke is out

This was a game that a big man would take over and Joel Embiid would live up to the test.

Late in 4th quarter with Cavs up by 1, the Sixers would retake the lead on Joel Embiid Dunk with 13.2 left

Ben Simmons is questionable for tomorrow’s game. Will be evaluated in the AM.

Shake Milton is doubtful. Also will be evaluated in the AM. 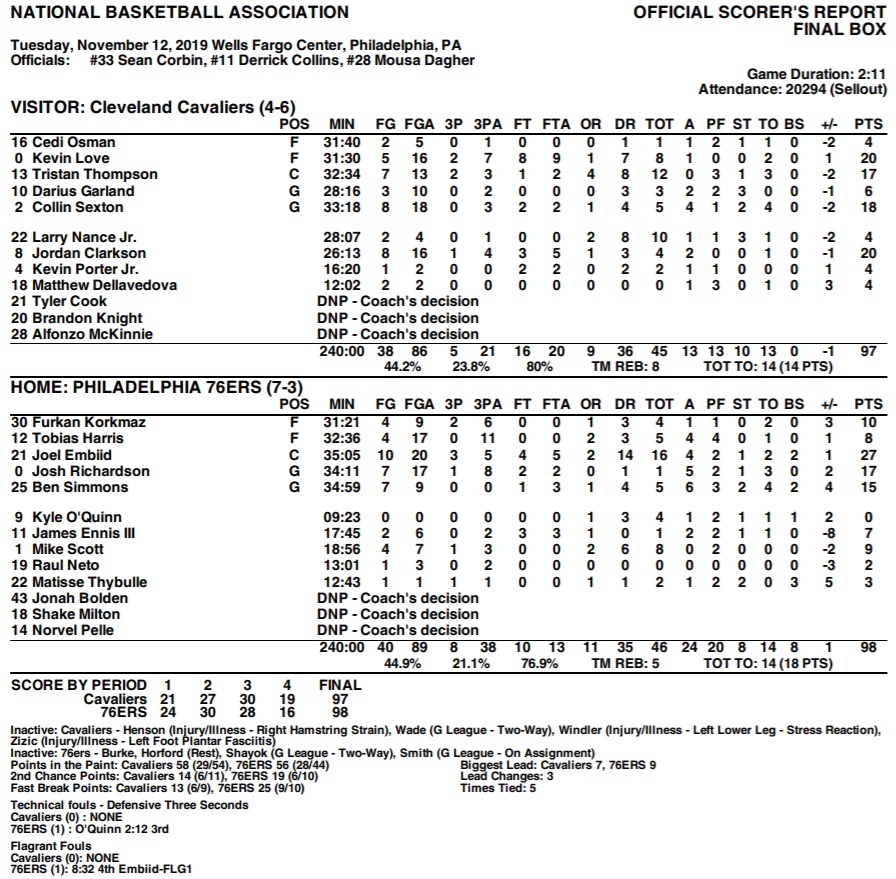 Now that the Sixers have won two in row, can they make it 3 in row as they play Orlando Magic on Wednesday November 13 in Orlando.