Philadelphia: The Philadelphia 76ers are making their push as one of the top teams in the East.

On Tuesday, the Sixers would announce a couple medical updates. 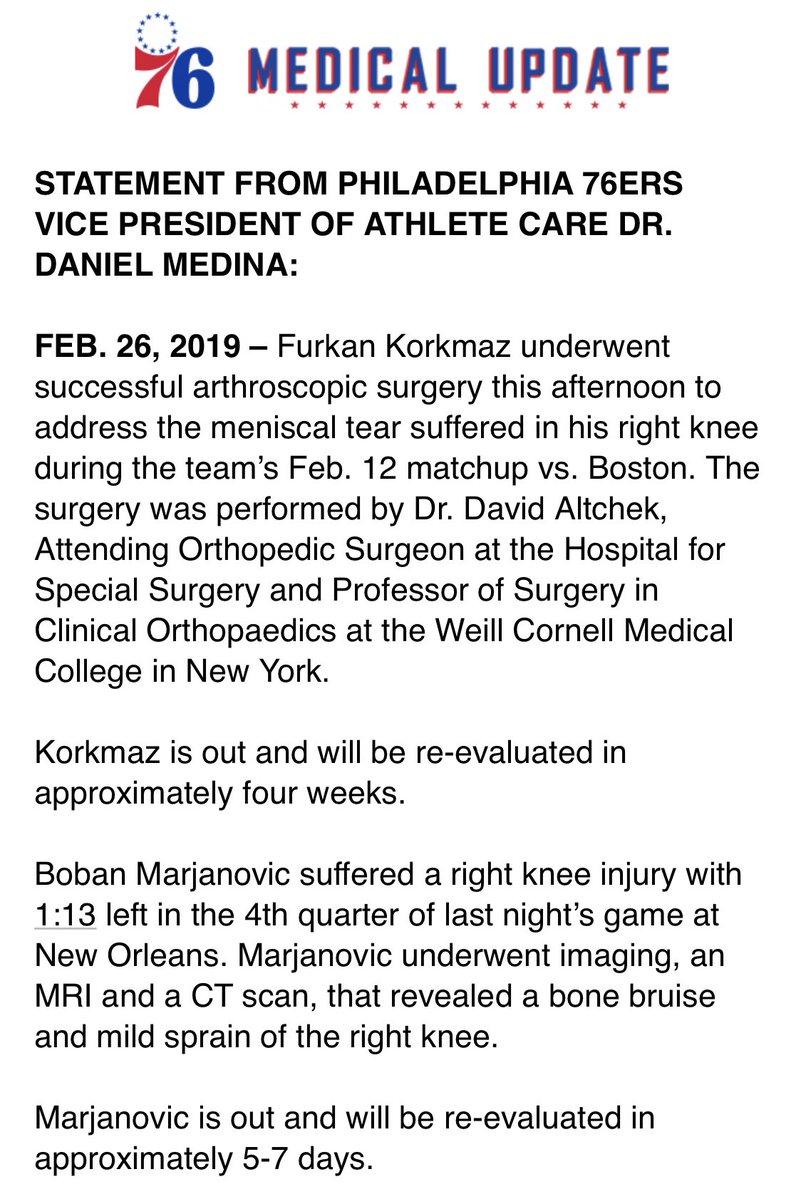 Joel Embiid will not play in Thursday’s game in OKC. He is back in Philly getting rehab for his sore left knee. An update on Joel is expected before Saturday’s game against GSW. #Sixers

If things continue to go as scheduled, #Sixers rookie @zhaire_smith will make his pro debut for the @blue_coats in Friday’s @nbagleague road game vs. the @maineredclaws, according to sources. He was sidelined due to a Jones fracture in his foot & allergic reaction to food. pic.twitter.com/YfvGHrmXd4

The Sixers now have 2 big games coming up, first one is on Thursday as they take on Oklahoma City Thunder at 8PM on TNT from Chesapeake Energy Arena

The other one is Saturday March 2 when they take on Golden State Warriors at 8:30 PM on ABC from Wells Fargo Center